The main task for this project was to create a lot of illustrations for a digital card game. I really enjoyed painting all those different types of airplanes as well as actions taking place in the game. Below you can see three of the illustrations I did in 2014. I also included some close ups of the emergency landing, just because I had such a blast drawing those very abstract people, which unite to survive. You can see people swimming, hugging, saving each others lives. I personally love illustrations where you can find something new every time you care to look at it closely.
The big empty space at the bottom is where the text will be placed.  The card designs, which I did as well, are still under NDA along with all the other illustrations. 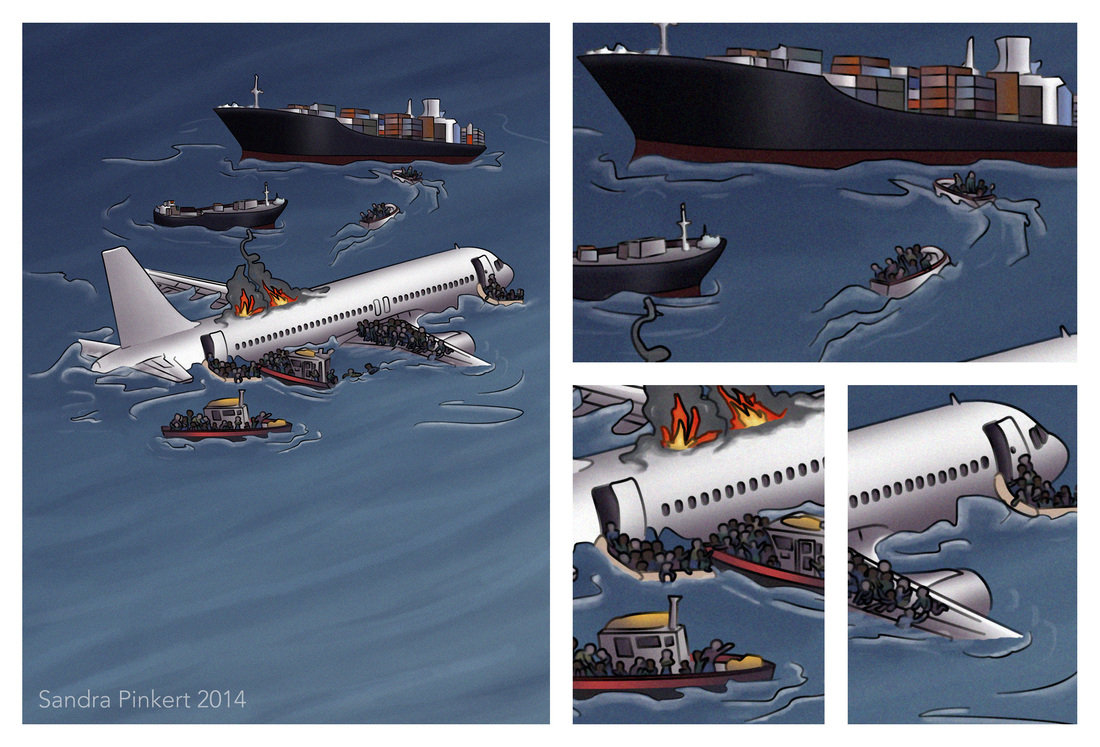 To show the illustrations properly I did cut off the empty spaces at the bottom of the other two cards.

For this little project I mainly concentrated on finding the right composition and having it full of energy and passion. I know the now happily married couple personally so I really wanted to integrate a bit of them into the drawing. Also it was a medieval wedding, which was a blast I can tell you. They later on reused the feathers I painted for the name plates on the tables, which made my day. 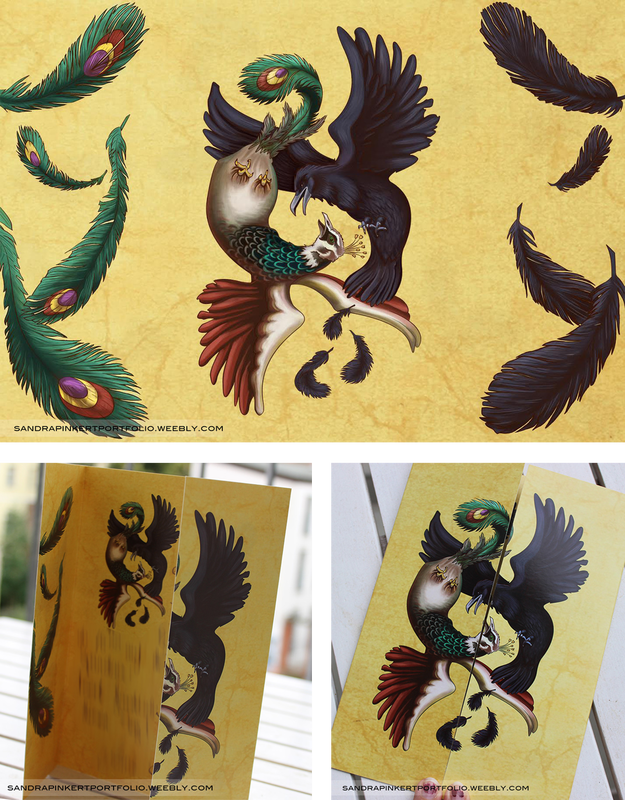 To market the game properly there are some characters in action needed. Goal was to give them a bit of a more 'grown up' feel without letting go of the defined art style. That said I gave the characters more realistic proportions while keeping the strong lines and flat shading. Here you can see the first three in a series of four. 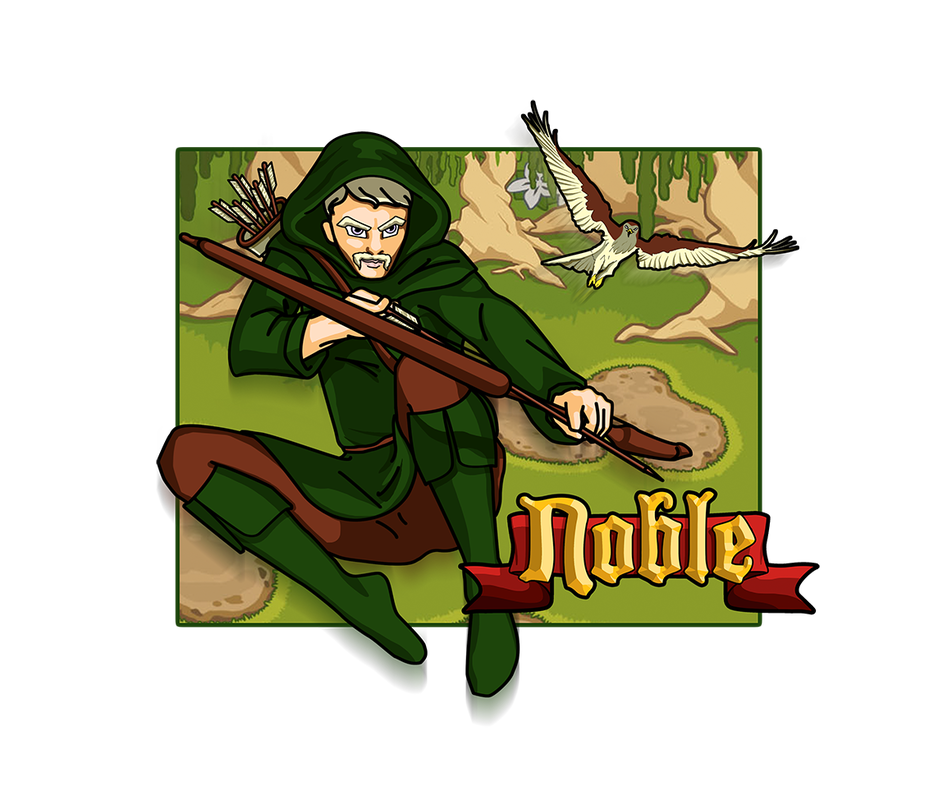 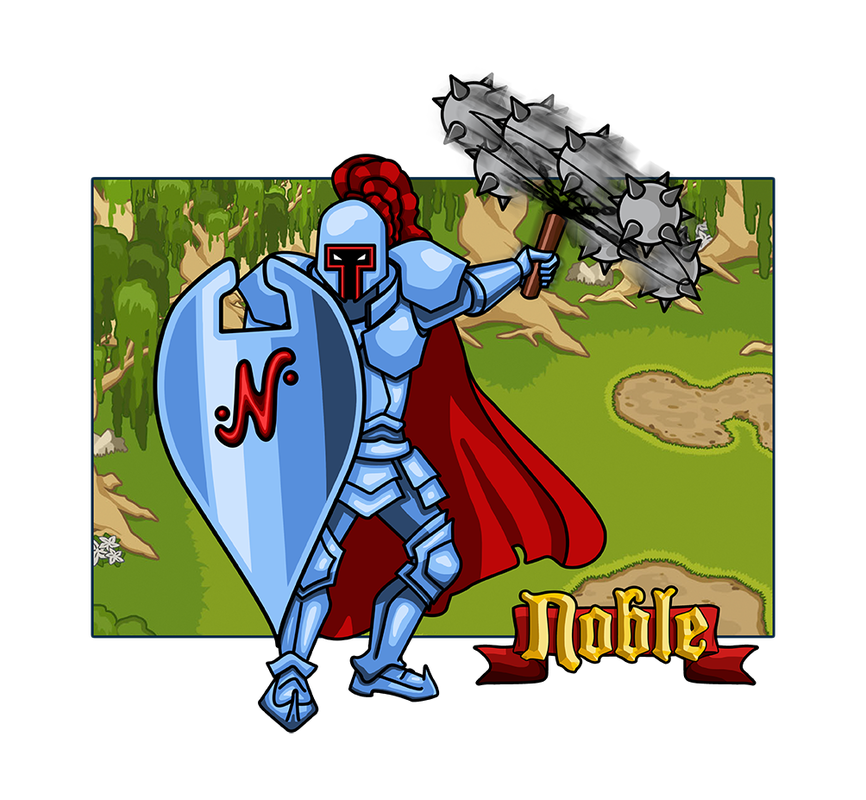 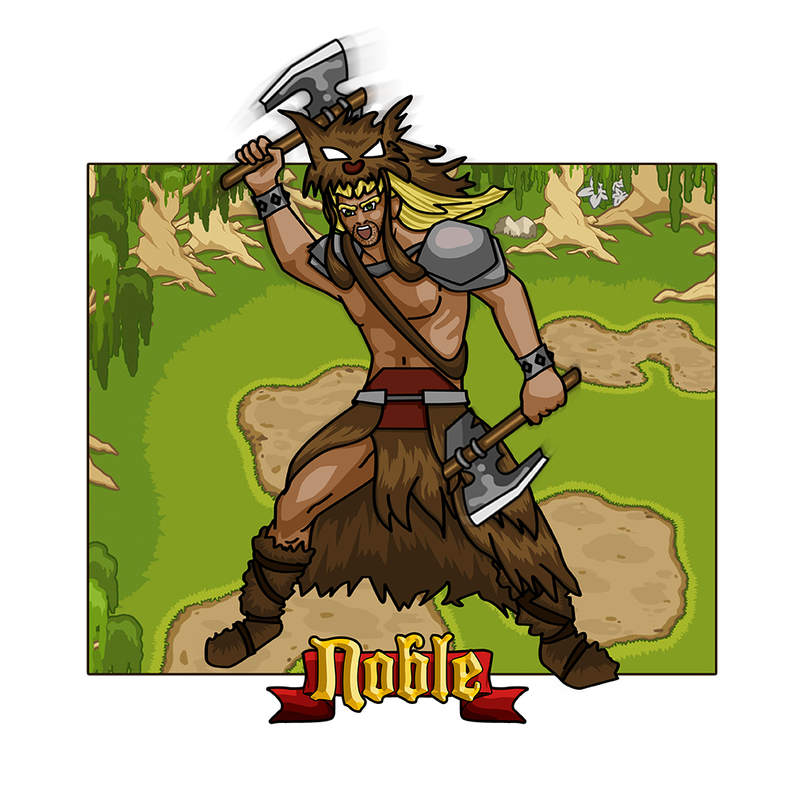